Birmingham Against The Cuts

Today NEF published a really important piece ofresearch exposing the failure of‘levelling up’ since the 2019 election. It shows howboth income and regional inequality have grown significantly. 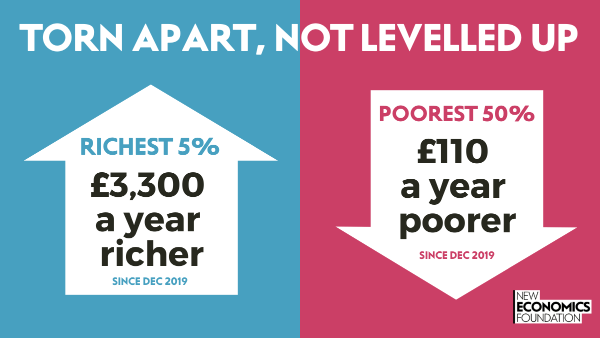 Worse still, things look certain to deteriorate further. We need new approaches,starting with aLiving Income, which sets an‘income floor’ that ensures everyone has enough to live on in these challenging times.

Our research has already been reported by theBBC,ITV,GB News,Independent,Daily MailandYorkshire Post– but it’s vital that we keep spreading the…