An honourable exception are members of Stop the War coalition (STWC)

STWC has been dedicated to preventing and ending the wars in Afghanistan, Iraq, Libya and elsewhere (see Mark Curtis, on Yemen). Itwas founded in September 2001 in the weeks following 9/11, when George W. Bush announced the “war on terror”.

But only once was the juggernaut halted 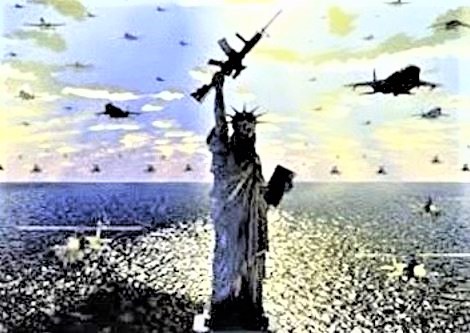 Those decisions led most of the 27 who died in the Channel to flee from the devastation left behind by decades of war.

Slowly an awareness of this is dawning: A member of the public was applauded during Question Time by many present when he said (with reference to refugees), that Britain must reconsider its misguided and ill-considered policies in the Middle East

As SWTC says: “Our government must stop creating refugees by fighting and…

This week’s tragedy in the English Channel has once again brought the ongoing refugee crisis back into the news. It is the problem across Europe that everyone has gotten so used to that most of us have quite ceased to be concerned about whether it is solved. Paradoxically, the only ones who remain concerned – for all the worst reasons – are the far right. They remain awake at night in their beds, convinced a handful of brown persons are about to detonate the country in a series of suicide bombings. Therefore they want the refugees just to go away.

For the rest of us, perhaps to our shame, perhaps just because there are too many other horrible things going on for us to keep processing everything, the refugees have rather faded into the background. They remain in France and Germany, some of them now emerging as…

State and society in the era of globalization

Real News For and By Workers

Media for Justice and Peace

A Journal and Teaching Tool Exposing Propaganda in the Mainstream Media

For working class political power and revolutionary culture, news and analysis from Britain

News, Views and Information For People With Disabilities

Can you afford not to see what your leaders are up to?

The poor side of life
The Free

Chris Sterry expressing views and thoughts on disability issues and other interests.

Tales from an author

stories from the frontline of benefit changes in the UK.