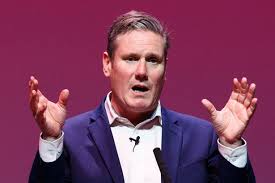 “A safer pair of hands, a less disruptive force, than even the Tories.” – Tribune.

The Editor of Tribune, Ronan Burtenshawm is beside himself, “From her earliest days as shadow education secretary, Keir Starmer set about undermining Rebecca Long-Bailey – because her socialist politics and loyalty to trade unions were incompatible with his leadership.”

The socialist politics Rebecca Long-Bailey represents has no place within Starmerism, as the other Left members of the shadow cabinet will realise in due course. His political project is to present Labour to the British establishment as a safer pair of hands, a less disruptive force, than even the Tories.

The chief of the re-vamped and US-owned journal, announced as a monthly in 2018…