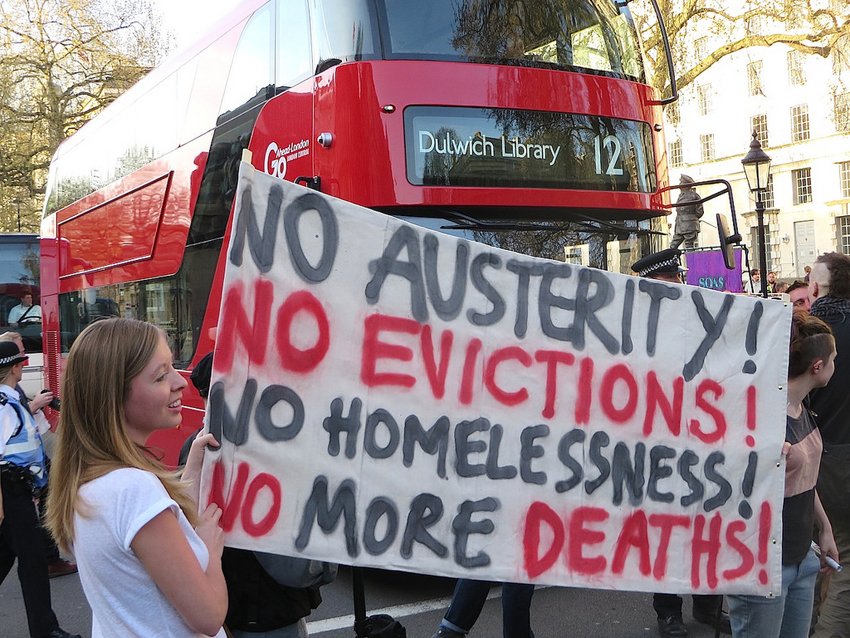 HOMELESS people are to be forcibly evicted from the Westminister underpass, which leads to Parliament, by installing rolldown shutters blocking the shelter off.

In December 2018, rough sleeper Gyula Remes was found dead in the underpass.

The underpass is part of the Parliamentary estate. Parliament announced over the weekend that it will install the shutters to keep the homeless out.

One of the rough sleepers, Tim, a 58-year-old who became homeless almost a year ago after the breakdown of a relationship, has dubbed himself the ‘Earl of Westminster’ and has written a blog about the eviction of his group.

Tim said: ‘We were a good community sleeping in that tunnel. There was no mess, no drinking, no drugs and no rowdy behaviour. But now our group has been broken up and we have…