So we’ve finally found out know what Tories mean when they say “Brexit means Brexit”.

Glad we finally sorted that little mystery out then.

*The Tories are really really keen on us all to pick fruit. In March, former Tory minister Owen Paterson also said British pensioners should pick fruit for less than the minimum wage. 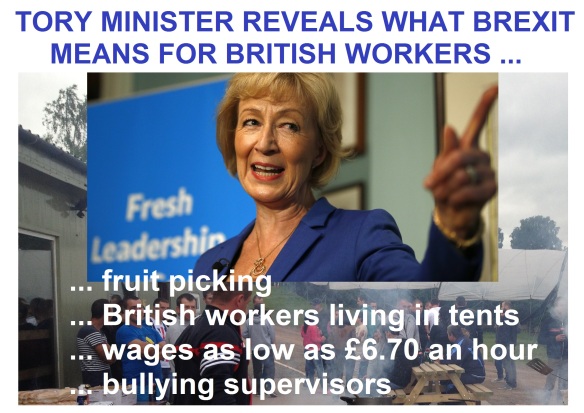