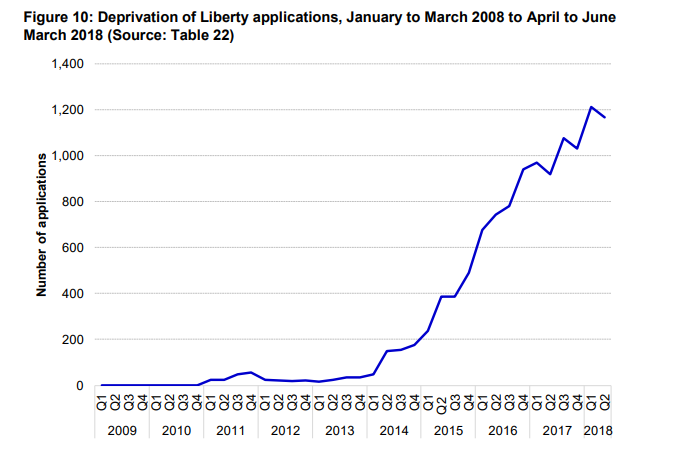 Under the Conservative government, applications for the Deprivation of Liberty of citizens have soared. (Source: Court of Protection hub.)

In 2014, a Supreme Court judgmentsignificantly widened the definition of deprivation of liberty, meaning more people were subsequently considered to have their liberty deprived. There was a ten-fold increase in the number of deprivation of liberty applications following the judgment. Services struggled to cope, deadlines were “routinely breached” and the Law Commission decided that the system should be replaced.

Law Commissioner Nicolas Paines QC said the Deprivation of Liberty Safeguards were designed at a time when fewer people were considered deprived of their liberty and now it was “failing” people it was set up to protect.

“It’s not right that people with dementia and learning disabilities are being denied their freedoms unlawfully,” he said.

“There are unnecessary costs and backlogs at every turn, and all too often family members are left without…