As the SKWAWKBOX showed last night, leaks of the Tory manifesto for the General Election show it represents what may be the ‘stupidest suicide note in history’, with measures that attack both our babies and our grandparents writ large.

The arrogance stupidity of the policies will not be properly highlighted by the Establishment media today, but even the most self-centred voter – all but the most sociopathic – cares about his/her children and grandparents.

You’d think about the only thing the Tories could do so make it more stupid would be to attack the nations pets. You’d be wrong though. The Conservative party has added a ‘PS’ to the leaks of its manifesto last night that might be almost as damaging as declaring a cull of our dogs and cats.

A cut to pensions.

As journalist Paul Mason pointed out this morning: 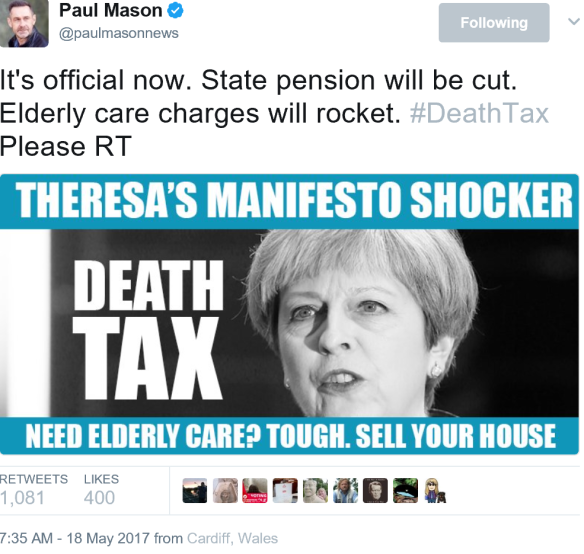 It’s impossible to overstate the importance of…