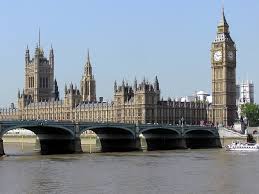 Yesterday I reported that a rarely-used procedure called a “fatal motion” is set to be tabled in the House of Lords this week, followed by a vote next week, with the specific design of preventing George Osborne from putting his controversial proposed £4bn tax credit cuts into law.

The Huffington Postreports that House of Lords could be controversially suspended or “flooded with Tory peers” if it takes the “nuclear option” of killing off George Osborne’s tax credits cuts next week, according to government sources. This is a truly remarkable threat from the Conservative government, in a so-called first world liberal democracy.

Furious Conservatives are threatening the unprecedented and profoundly undemocratic retaliation if peers decide to proceed with the step of using the so-called “fatal motion” to kill the Chancellor’s plans to cut working tax credits.

Campaigners believe that the usual Salisbury convention, which stops the Lords…