The study can be found here.

From the excellent Richard Murphy:

I think this graph tells a story very few seem to know about: 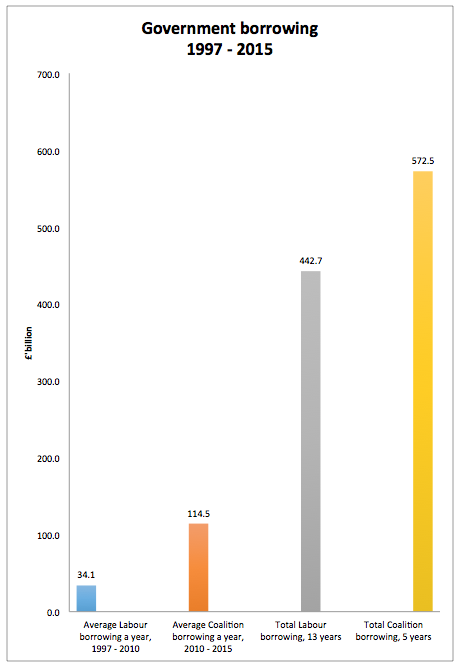 All data is from the HM Treasury Pocket Bank for 30 September. I have extrapolated 2014/15 borrowing from the August data to suggest whole year borrowing of just over £107 billion based on average proportion of total year borrowing to 31 August over the past five years.

The conclusions are stark: the Coalition has borrowed more than four times more a year than 3.3 times a year what Labour did, on average.

In five years the Coalition has borrowed more than Labour did in 13, by a considerable margin.

And there wasn’t an unforeseen banking crisis on the Coalition’s watch.

So why is the story still told that it is Labour who borrowed too much? Purely objectively that makes no sense and says…