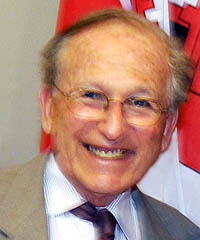 Leicestershire and the Met Police have re-opened their investigation into historic child sex abuse allegations against Greville Janner,the  Labour peer  and former Labour MP for Leicester North West and Leicester West until 1997. I report the  full story in Exaro News.

Until now it had been assumed that the police had dropped their inquiries after it was reported that the 86 year old peer was suffering from Alzheimer’s disease and would be unfit to stand trial should the Crown Prosecution Service consider he should face charges.

The CPS has advised the police to continue their investigation so that it can decide whether charges are warranted. If Janner’s lawyers claim that he is too ill to face trial, prosecutors would insist on an independent medical assessment, and would potentially leave it for a court to decide whether he is fit enough. The investigation is called…